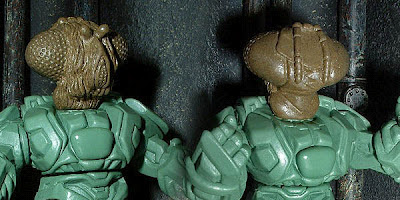 Infected sounds vaguely like insected, which, while not a word, describes The Godbeast's Armorvor Infected concept nicely.  The insect-like head has some details that are like a fly, some that are like a bee, and if you get in too close to the pictures it's all pretty creepy. 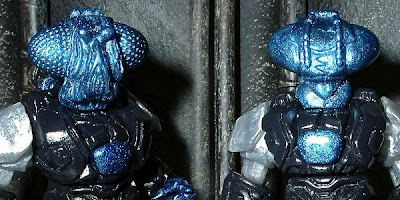 The version on the left doesn't have much going on in the way of antenna.   On the right an alternate sculpt has more pronounced appendages, and there's more to see on his site.
Posted by Adam16bit at 5:02 AM