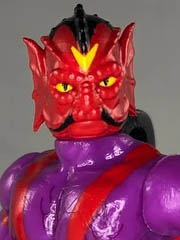 One of my favorite figures that gets no love is the G.I. Joe Hydro Viper.  And now ROMA Collectibles has broken the dry spell with the GLYOS: Warlords of Wor - ROMA Exclusive SEA DEMON - Man Or Monster Studios GI Joe Inspired action figure!  It's $21, click here to order one while you still can. 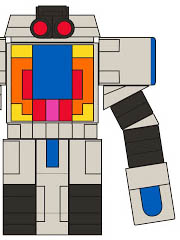 Don't miss it! The final ToyFinity Robo Force Pre-orders are live now!  Click this blog post to see the details, and click here for the store to order yours while you still can - about three weeks.
For future generations: Maxx is $26, Nazgar is $42, blank Maxx is $15 and blank Zeroids are $10. Cheap! 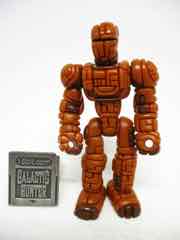 Onell Design takes years to complete some of its figures. The Sincroborg Buildriun had been in the design phase for quite some time, and it shows. Designer Matt Doughty probably knows just how long a figure needs to be viable and exciting, and by giving a figure three distinct heads, a head/weapon part, a vest, a knife, a blaster, some belts, and oh yes - a mask you can flip down, there's a lot of meat on these bones. I'm not 100% sure what all of his inspirations are, but it smells like Dragon Quest Golems, Mega Man, and countless other import figures were likely on his mind. And things I'd likely never guess. The end result is a distant cousin of his classic Buildman figure, which has been out of circulation for some time. You can see why this is better, though, with similar fists, a regular hand, and just so many parts to configure and reconfigure.