As I type this, the Armorvor is already gone, as is the metallic Pheyden, and many items are "low stock."  So for you, the citizens of the future, here is the July 29, 2012 menu complete with prices.  We here at the dump hope you got the figures you wanted!

The menu is that ugly strip image to the left.  We had some difficulties getting images for some reason, so there are a few blank spots.  As the great Maxwell Smart once said, "Sorry about that, Chief."
Posted by Adam16bit at 8:01 PM No comments: 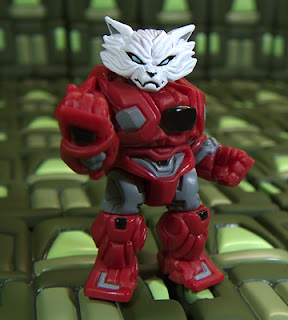 UPDATE: Armorvor SOLD OUT as of 10:37 Eastern time.

The latest Onell Design Drop was delayed, but is now live!

A full menu will be posted shortly (in case you miss anything) but check out this swell Armorvor.  It's a figure that has been in development for quite some time, and we even broke news of it here, if memory serves, and you are one of our three regular readers.  Go order it now!

This is the Venjorun Armorvor and he is $8.  Having played with the prototype, it's worth it.  18 parts.  Drool sold separately.  (And yes I ordered spares, because I love this and have been waiting for this to come out for a while now.)

A full review in Figure of the Day will be slotted in our next opening, so you'll see more as soon as we can get it.  Nicely done, Matt, Marty, Jason, and Onell!

See an article on the prototype at 16bit.com.

For alternate heads-- which may or may not be an indicator of future releases-- check out The GodBeast Customs Glyos Page, which sports several alternate colors and numerous variant head sculpts which are one-offs, prototypes, and/or custom runs.  Marty of TGB was responsible for much of this figure's development, so hopefully his other heads will see production sooner rather than later.
Posted by Adam16bit at 7:14 PM No comments:

The full details of the July 27, 2012 Onell Design Glyos drop have been posted.  New vinyl and figures in Pappysoup Green were shown, and the menu looks pretty sexy.  New Crayboth, more Glyans, and a few "surprise" items. 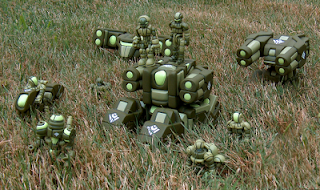 I'm in for a Crayboth, obviously.  (Just 3 more to go, if you're selling Glow in the Dark Green, Red, or the basic Black one let me know!)
Posted by Adam16bit at 7:01 PM No comments: 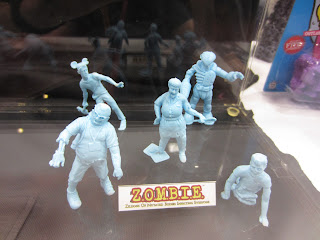 Here's a real surprise!  The October Toys crew have a line of collectible figures called Z.O.M.B.I.E., and the second series was on display at Comic-Con in San Diego this weekend.  The kicker: Pheyden is in it!  I asked to confirm, and it is indeed Pheyden, as Matt from Onell gave it his blessing.  How exciting is that?  I'll keep you informed as preorders (or orders) go up for this nifty, M.U.S.C.L.E.-esque figure.  (Which, of course, doesn't have articulation or Glyos joints.)

For more on what October Toys showed at SDCC, including OMFG, check out the 16bit.com October Toys SDCC Gallery.
Posted by Adam16bit at 6:52 PM No comments: