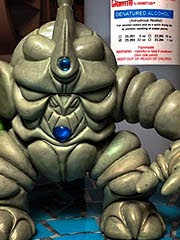 Marty "The God Beast" Hansen is a talented fellow who loves toys - and makes some nice ones.  His latest creation appeared on Instagram late Sunday with the following message:
"Been sculpting for 3-4 weeks now...hope to have prototypes of this sculpt ready/available for Designer-Con November 8th & 9th!!!"

He had more to say on the October Toys forums.  "6 total parts I think, 4 different possible faces/characters (with paint apps), upright & all 4's possible poses, a hidden function and possible hidden removable creature too!!!"

Typically, he casts some toys and sells the prototypes a few months to a year before a mass-produced version takes place. A  big advantage here is that he often takes requests and will make one in the color of your choosing - which is certainly a great way to get a one-of-a-kind collectible.  Keep an eye on the October Toys boards just in case this opportunity comes up.
Posted by Adam16bit at 8:14 PM No comments: 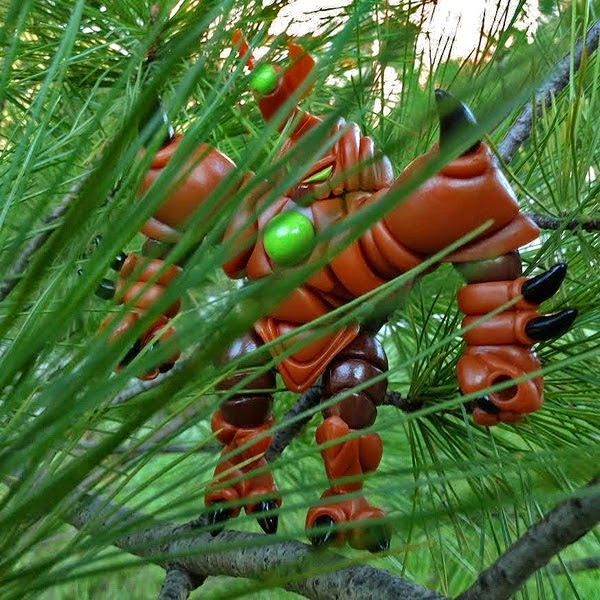 New from The Godbeast - Kabuto Mushi!  On Friday October 3 at 8:00 PM Central, Ground Beetorian Kabuto Mushi can be yours.  It's similar in color to a recent Armorvor and I must say, looks pretty fantastic.  Click here for more pics.
Posted by Adam16bit at 8:24 PM No comments: 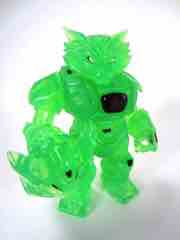 The Armorvor Neo Phase is the end of an era. Along with the Rig Crew Mimic Armorvor, these two guys round out the final run of wolf-headed Armorvors - the furry head goes into retirement and will be replaced by something new in late October. Until then, these two figures - and a fifth run of the super-popular clear colorless version - seem to be available in the Onell Design store. They're quite nice, and if you never picked up an Armorvor I'd strongly advise you do so now as it really is the last chance to get this head outside eBay. Over two years we've had dozens of the little guy, but this is the first and only clear plastic one to feature painted details. The Infection Red and Stealth clear colorless releases are undecorated.
[ READ THE FULL REVIEW ] 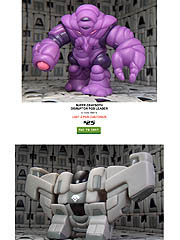 Return of the Rig Crew! The Rig is back, as is the Super Crayboth.  The Wolf Armorvor head is enjoying its last hurrah. Click here to see the September 7 2014 Onell Design drop menu.

Over 4 hours after launch, and the only two to sell through were the Crayboth Pulser and Crayboth Reverse Disruptor Elite.  Many of the vinyl items are "low stock" so get while the getting is good.

Click here to order what's left!
Posted by Adam16bit at 10:54 PM No comments: 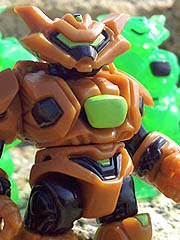 The end of an era! One of my all-time favorite toys of this decade is the Onell Design Armorvor - I've bought every production version to date, and this weekend's drop will have the final wolf heads.  Matt Doughty writes:

"There will be two all new Armorvor colors available this Sunday night [snip], as well as the return of the clear colorless Stealth Armorvor MK V.  These three runs mark the last time that the "wolf" head will be produced, as something new will be taking its place in the Armorvor mold starting in late October."