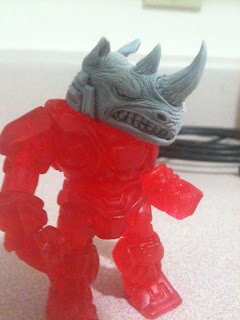 I don't have full details yet, but when has that stopped me before?

This awesome Rhino Glyos Armorvor head showed up on the October Toys forums courtesy of Talyn (image to the right).  I'm reading it's on display and maybe up for grabs at The Godbeast's table at C2E2 and can be seen on the C2E2 exclusive Infection Armorvor body which debuts this weekend.

It's awesome, and we hope to have more details as soon as I realize where I missed the announcement for them!

UPDATE: Friend of the site (and good personal friend) Shaun Clayton was at C2E2 and confirmed these were on sale for $15 per.  He was also kind enough to snag one (image below), so you'll be seeing more pictures of this awesome noggin pretty soon! 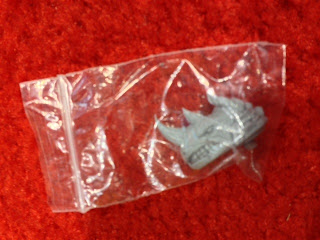