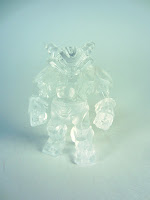 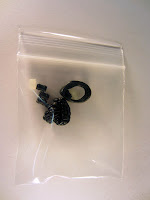 They're here!  The second and third Armorvor were joined  by Hades Pheyden and a bunch of other swell stuff, depending on what you ordered.

This time around, Onell Design included a bonus packet whose contents vary slightly from person to person.  Each one includes a black or glow-in-the-dark unpainted Govurom head, a black scarf, 4 black pegs, and 2 glow-in-the-dark pegs.  The pegs are used to fasten two Glyos sockets together, so it might help you out with your custom builds.  As the  main way to get these previously were by swiping them out of your Spy Monkey Creations weapon sets or out of a Glyan torso, it's nice to see some individually as well! 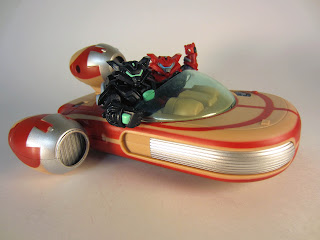