Glyos Forecast Calls for More Armorvors (Get Your Umbrellas)

After an Onell Design Glyos release, Matt Doughty posts a thank you with some interesting tidbits teasing the future. The down-to-Earth guy always has a kind word for his enthusiastic customers with a nod toward what makes the line so much fun.   While there are usually a lot of things left to surprise, he did have this very specific thing to say about the Armorvor: 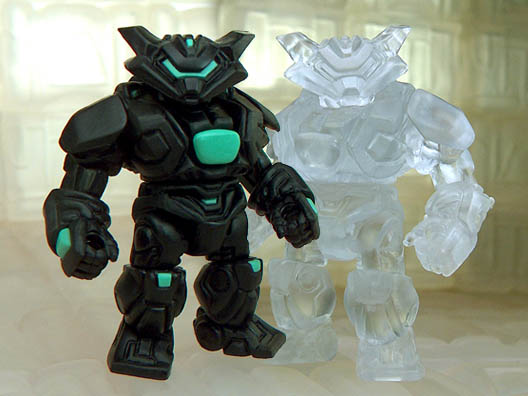 "The [next Glyos] assortment planned for October consists of three all new styles of Armorvor as well as few small surprises and that's it. Late November will see a larger drop which will close out the year, with the next scheduled release taking place sometime in January 2013."

Whoa!  Three more Armorvors, already?  Spoiled rotten, we are.   He also made mention of a higher run (hooray!) and a lower limit, reduced to 2 per customer.  Which, honestly, makes good sense, and I have to say I'm glad he didn't also raise the price at the same time since the demand is clearly slaughtering supply right now.
Posted by Adam16bit at 11:00 PM