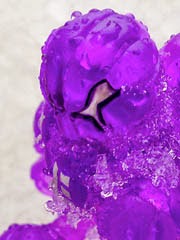 In the post "Redlaw Effect," Onell Design confirms a new release of figures scheduled for Sunday January 25 at 9:30 PM Eastern.

Other than the Redlaw Argen (pictured) nothing has been explicitly confirmed yet, but it looks like the Armorvor might be back - and if you'll recall, we were promised a new head for the next release.  Here's hoping!
Posted by Adam16bit at 3:47 PM