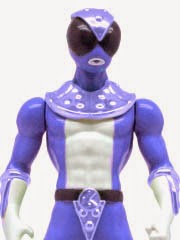 Toy Pizza is an online show hosted by some of the biggest toy fans including your pal and mine Jesse DeStasio, formerly of all kinds of good things. They have a great Tumblr and apparently that isn't enough - because they're doing a toy line on Kickstarter!

Multiple figures are being planned with plenty of stretch goals, but a note came up that may interest you guys - they may be be Glyos compatible.

$20 is the lowest pledge to get the figure (left) and other colors of this pizza Power Rangers-y line can be had, as can accessory packs and other goodies.  The Glyos part doesn't seem finalized by the posts I'm reading, but if nothing else these are neat figures from nice guys that you'll probably want to see anyway.  Because really, how many pizza-based action heroes do you own anyway?
Posted by Adam16bit at 6:33 PM