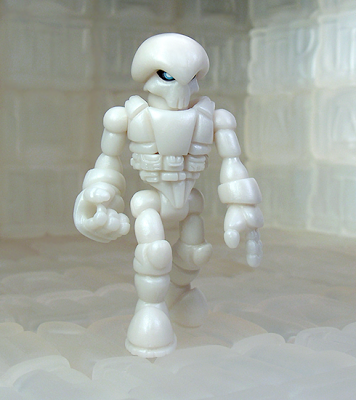 There's a lot of newness, oldness, and in between-ness scheduled for Friday's launch!  Onell Design posted Mission Details (see below for the menu or click here to read it) showing things like the Ivorinium Pheyden (left) new "Source Pheyden" figures without the panel lines, new Crayboth, a surprise new Armorvor, and a few other unannounced goodies.

The return of the Buildstation should mean more items permanently in stock, or at least in stock for more than 20 minutes.  The Onell Design store is down to a 8 items, so the influx of newness should prove exciting for collectors and welcoming to newcomers.

The list from Onell Design (if you haven't already seen it, and duplicated here for future reference) is as follows: